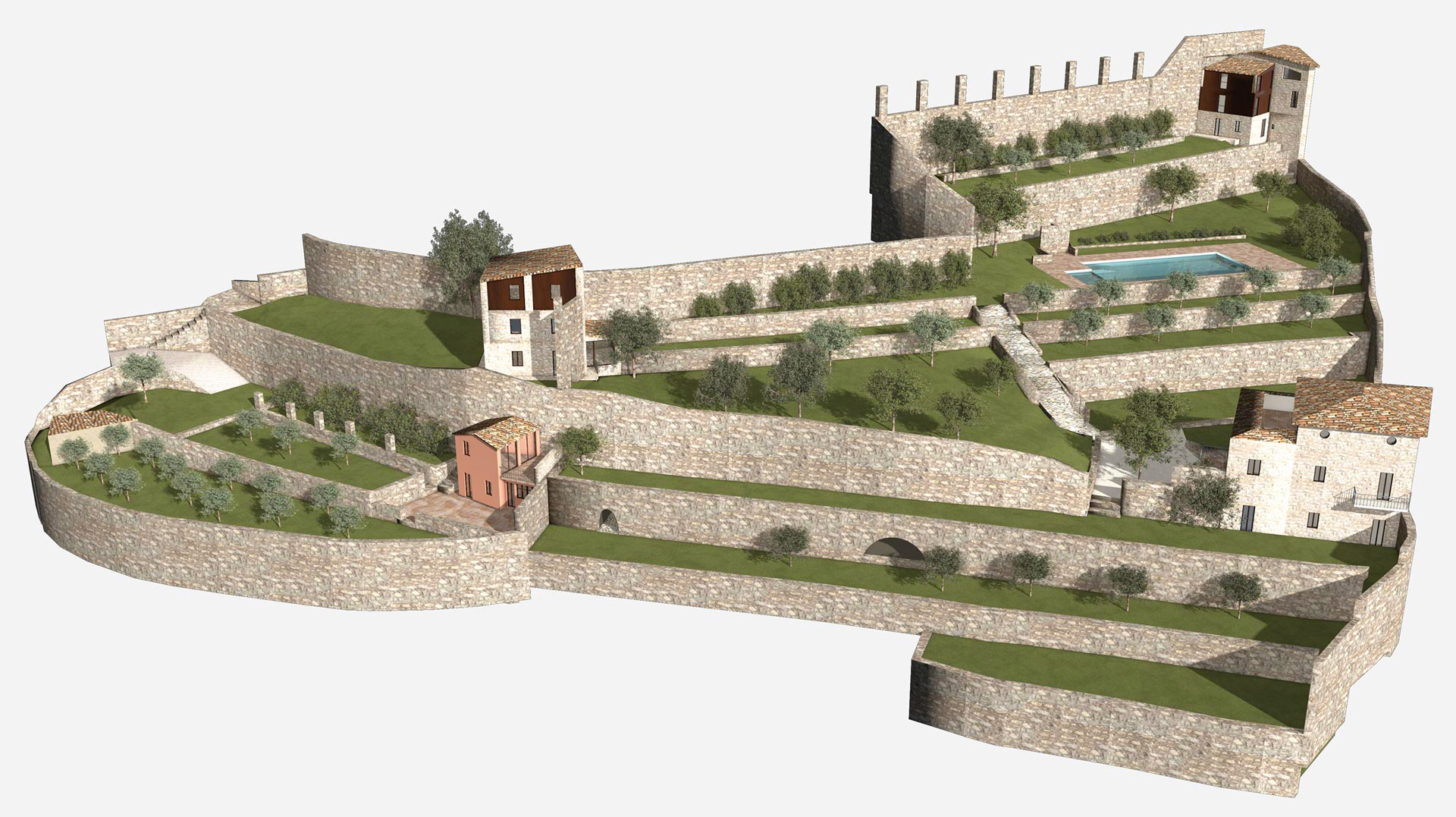 Needless to look elsewhere …
Here you will find the best guaranteed rate!

THE “GELSO”, “MANDORLO” AND “MELOGRANO” RESIDENCES. 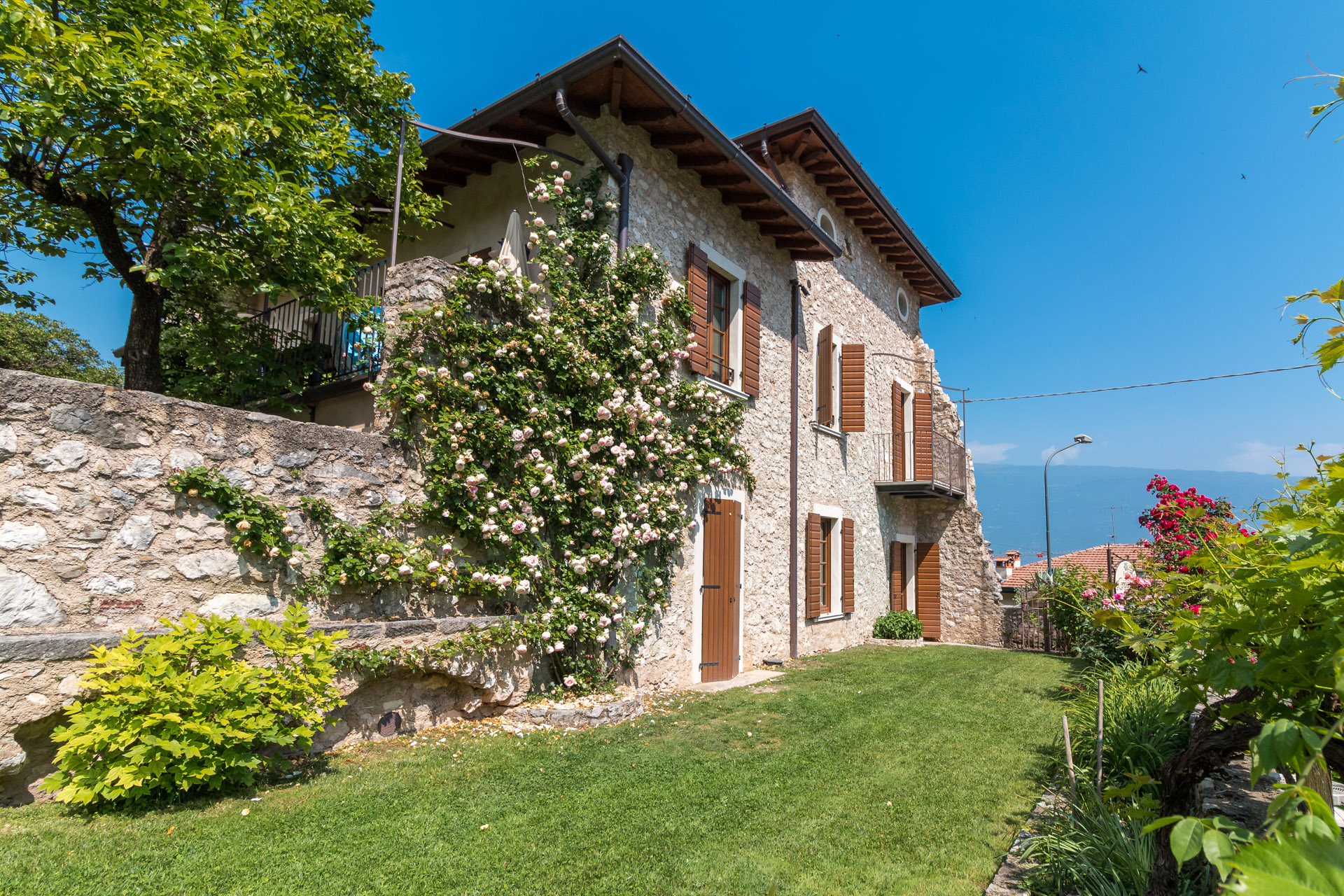 Characterised by particularly rustic furnishings, it harks back, even in its name, to the ancient tavern and inn. At the end of the 19th century, the inn was the only place where travellers, travelling between Gargnano and Limone, could stop.

Originally, on the ground floor there was the kitchen (reception of guests today) and the dining room, while on the upper floors a few simple rooms served as bedrooms where the residences, “Melograno”, “Gelso”, and “Mandorlo” have now been created.

Made up of three apartments:
Ginestra, Oleandro and Lavanda. 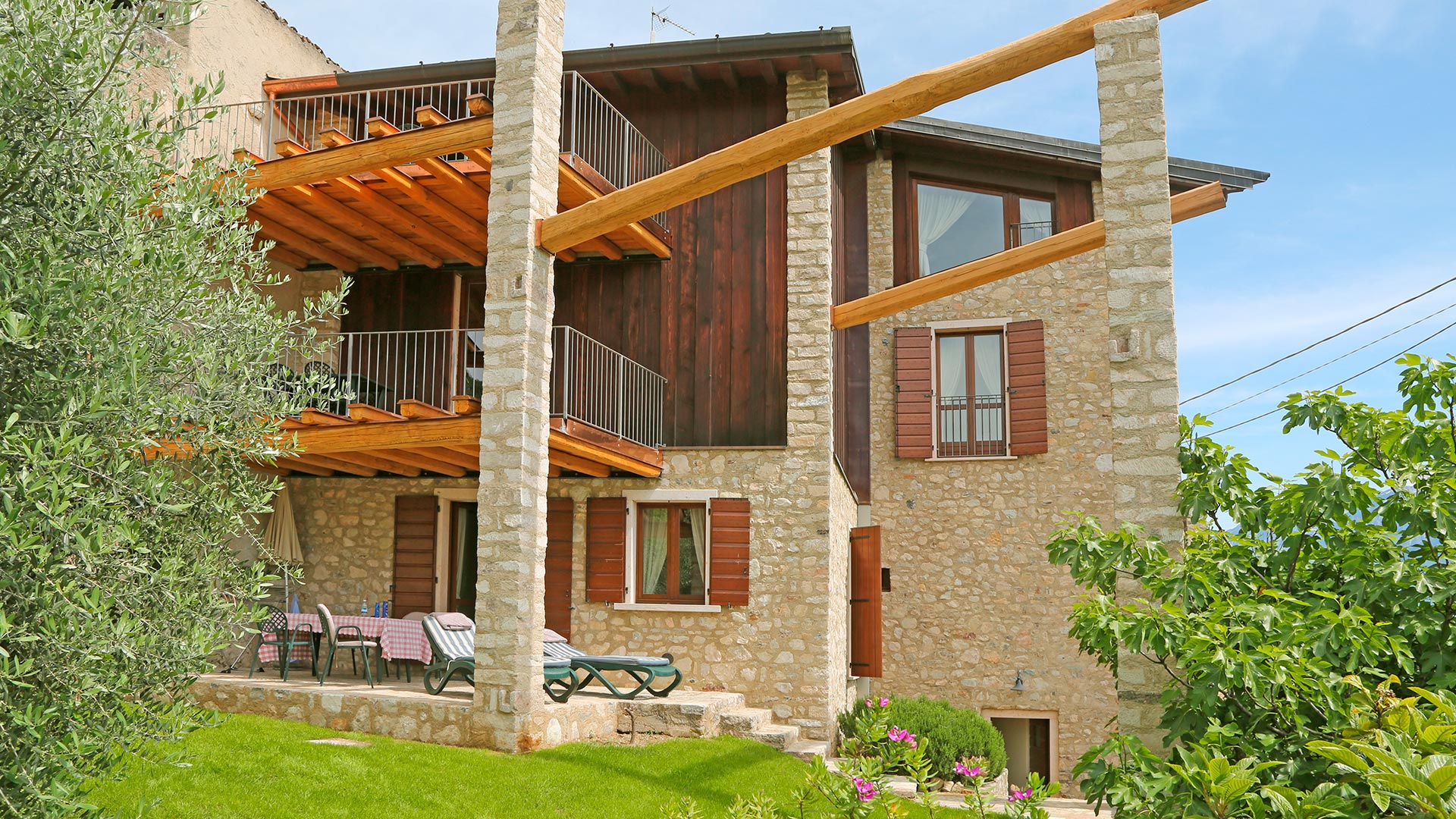 The décor is very warm and various pieces of period furniture create an air of elegance in the residences. The clever colour scheme choices make the rooms at one with the outdoor environment.

The “Ginestra”, “Oleandro” and “Lavender” residences are located in the ancient lemon grove above the swimming pool. The charming atmosphere of the old lemon gardens has been reproduced with the original pillars from the lemon grove.

THE “ROSMARINO”, “SALVIA”, AND “MENTA” RESIDENCES 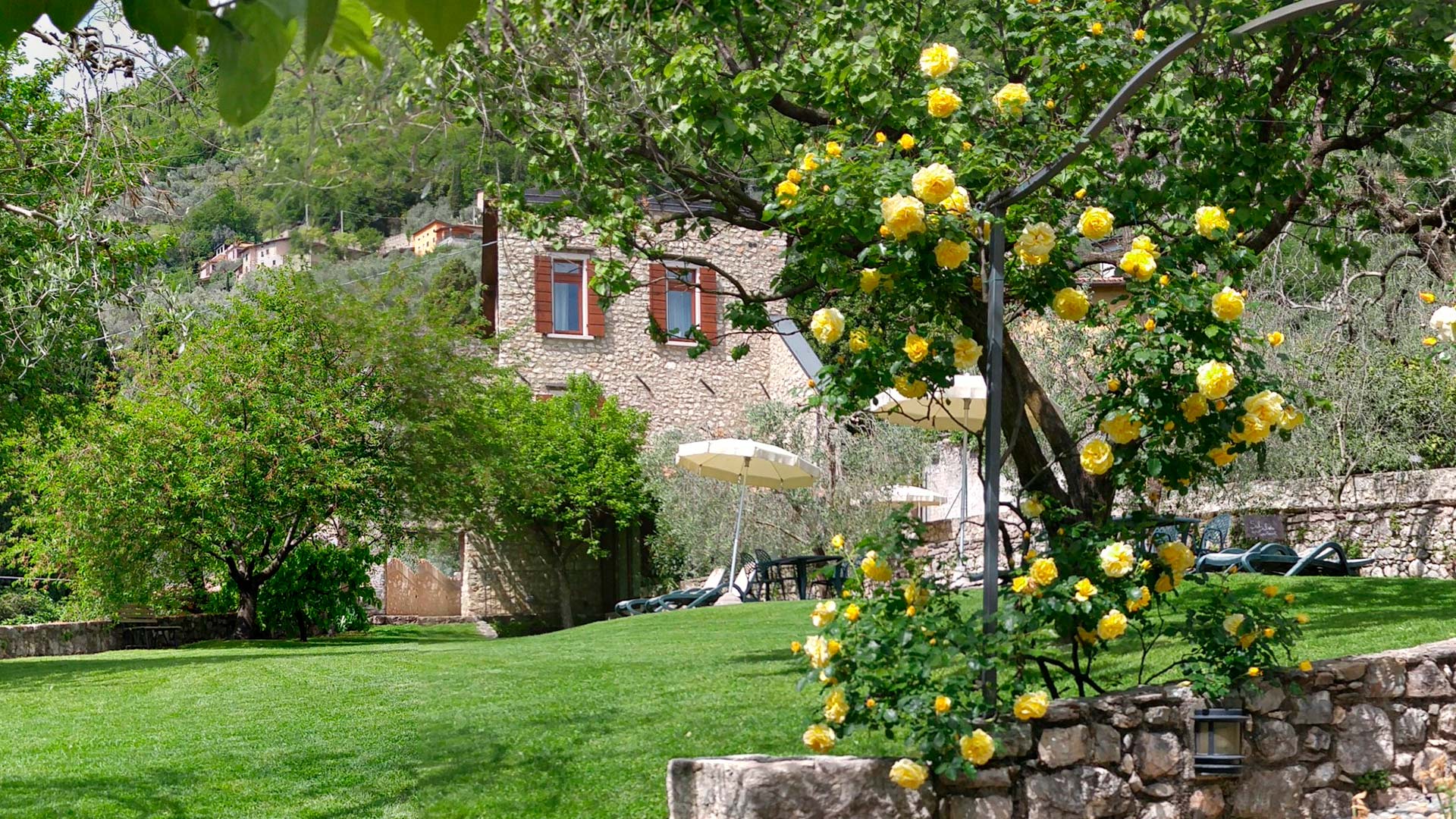 The “Salvia”, “Menta” and “Rosmarino” residences are located in the Resort’s smallest building. The cosy furnishings create a very intimate atmosphere. 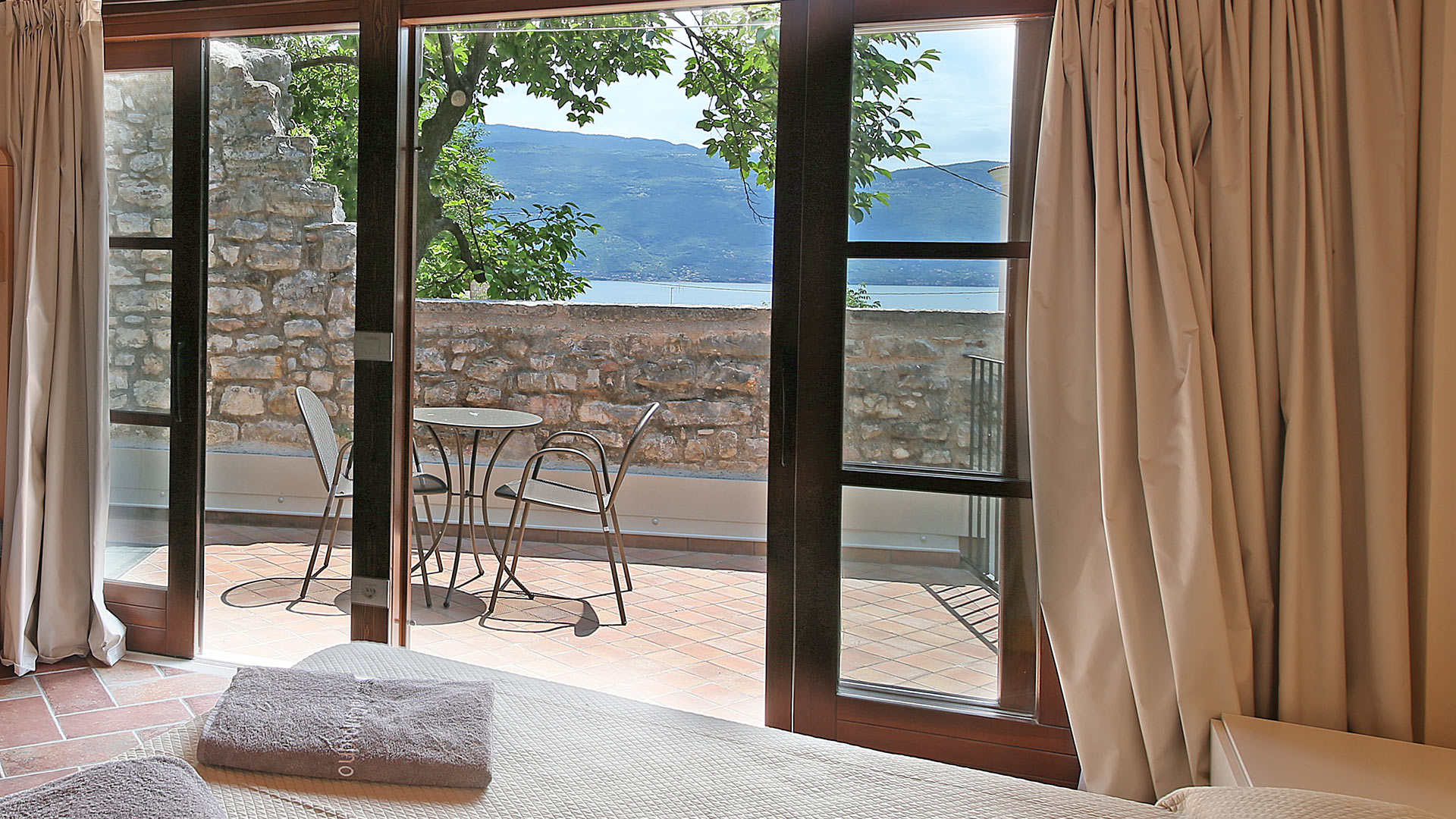 This independent residence is located in a part of the ancient garden that was dedicated to cultivating cedar trees (cedri), hence its name.

Villa Cedraia is spread over two floors with two large terraces, and a private olive grove and cedar pergola.